You are here: HomenextTopicsnextPlacesnextSt. John's Well

zoom
Old plaque at the Well. Photo by Eric Shaw 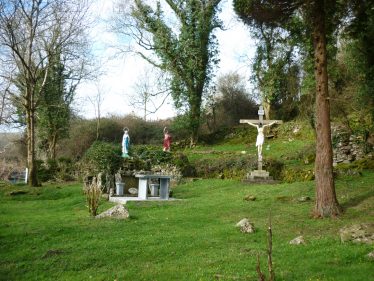 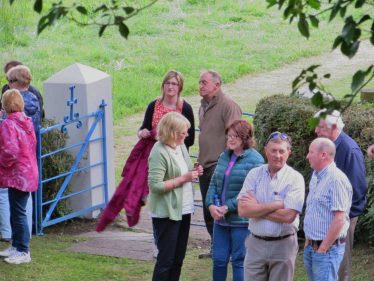 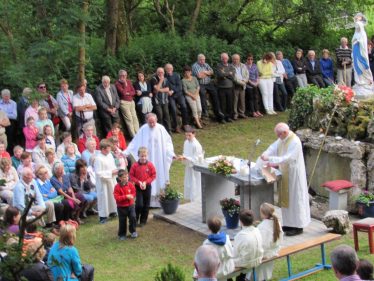 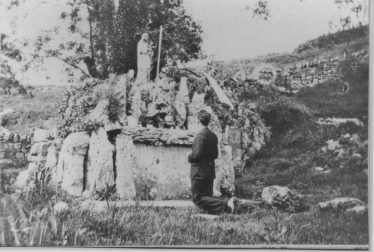 Besides the Mass and other sacraments, the belief world of the Catholic people was manifested in such practices as frequenting holy wells on certain ‘pattern days’. There were two holy wells in the parish, St. Bridget’s well at Lismulbreeda and St. John’s well at Newhall (Killone).  In former times, the poorer Catholic people had great faith in the curative powers of certain holy wells, which they visited on Saint’s days pr ‘pattern’ days.

Nowadays, the fashionable Marian shrines, such as Knock or Lourdes attract large numbers of Catholic pilgrims annually. However, in the past, before the age of mass transport and relative affluence, thousands of people used to visit the holy well in their own, or neighbouring parishes, to seek some spiritual, medical, or material comfort. The ‘patterns’ at the holy wells were extremely important religious and social occasions in the lives of the poor Catholic people during the eighteenth and nineteenth centuries.

St. John’s well at Killone had a famous pattern, which attracted thousands of people annually on St. John’s Eve ‘to do the rounds’. The pattern at St. John’s was ranked among the three most important patterns in North Munster, and large numbers of people travelled from far and near to seek a cure or some favour at the holy well. S.J. Connolly notes that some of the most popular patterns of the early nineteenth century were held at St. John’s Eve, 23 June. Indeed, it is recorded that on 23 June 1845, a man named Thomas McMahon travelled from near Kilrush, a distance of more than 20 miles, ‘to give his rounds at the well’. McMahon stated that he had undertaken this pilgrimage at a time when he had a pain in his ear, of which he was subsequently cured.

John O’Donovan, the noted antiquarian, observed in 1839: ‘St. John’s was much resorted to by the peasantry for the purpose of performing stations on St. John’s Eve, 23 June’. Lewis recorded in 1837:  ‘a short distance from the Abbey (Killone) is a celebrated holy well, dedicated to St. John, on the eve of whose anniversary, it is resorted to by the peasantry from various parts of the county’.

St. John’s Day was a holy day on which Catholics were obliged to attend Mass. There was a tradition of saying mass at the holy well, which can be traced back to the early 18th century. In 1731 an Ennis merchant named Anthony Roche erected an altar at the well. Murphy records that mass was probably celebrated here early in the morning of St. John’s day. However, in 1777, the bishops of Cashel province decided that patterns were to be curtailed. Recent studies suggest that this condemnation by the bishops, probably led to the ending of the practice of saying mass publicly at the holy Well after 1777. Although the masses at the holy well may have been suppressed, the pattern at St. John’s continued well into the nineteenth century.

……. Apparently, the patterns began to degenerate in the late eighteenth and early nineteenth centuries and the merrymaking and dissipation became scandalous, being condemned by Catholic and Protestant clergy. Testifying at a court case at Ennis Assizes in July 1845, Thomas McMahon referred to ‘dancing and amusements’ at the holy well on St. John’s Eve. It seems that the ‘scandalous’ behaviour at the pattern at St. John’s, Killone, was ended sometime between the years 1848 and 1857. This suppression of the festivities at Killone may have been due to the implementation of decisions made at the Synod of  Thurles, (1850-51). Philip Dwyer, an Anglican minister and diocesan historian, writing in 1878, praised Dean John Kenny, Catholic parish priest of Ennis, for suppressing the pattern at St. John’s well.

…Though Dean Kenny may have ended the ‘wicked’ and ‘scandalous’ behaviour at St. John’s, he did not succeed in stopping the annual tradition of going on pilgrimage to St. John’s holy well. The pattern of ‘doing the rounds’ at St. John’s continued, albeit in a changed fashion, which was controlled by, and more acceptable to the clergy.

Once the scene of a far famed pattern…Rounds are still made here each June, but though the piety still remains, the dissipation has been stopped and with it, the merrymaking …. A number of large sea pebbles lie upon the altar and numerous offerings are found fixed upon a tree near the well. China, plaster figures, small pictures, coins, nails, pins, buttons and such like; only valuable as marks of the simple faith of the donors, mostly poor, sick and afflicted people.

The folklore regarding St. John’s well recorded in the 1930s gives us some idea of the people’s faith in the curative powers of the holy water. It was said that a blind man founded St. John’s in 1190. It was claimed that he was walking along the filelds near the well, when he heard a voice telling him to take off his boots and to walk three times around the well. The blind man did as he was instructed and his sight was restored.

According to another source there was great credit due to the waters of St. John’s well for eye cures and for cures to other parts of the body which the holy water was applied. ….. It was also stated that the parish was protected by the charm of St. John. The charm protected the people from lighting strikes.

….. A more detailed description of the prayers and rituals of the rounds at New Hall was given by a local man, James Casey, of Killerk, in 1937:Kneeling before Our Lady, say five Hail Marys, a Glory be to the Father and the Our Father. Then walk barefooted around the well, repeating five decades of the Rosary. Then advance upon one’s knees towards Our Lady’s statue, reciting the Apostle’s Creed. After that, say seven Our Fathers, seven Hail Marys and seven Glory be to the Fathers, before the statue of St. John. Finally wash one’s feet in the nearby stream.

Many pilgrims travelled from Ennis to St. John’s each year. There was an old ‘right of way’ from Ennis to St. John’s well, known as ‘the Pilgrims Road’, parts of which can still be seen. Part of this route is known as ‘the rocky road’, which passes through Rockmount. The Pilgrim’s Road passed through Ballybeg on the northern shore of the lake and then through the wood of New Hall. There is a stile on the western side of the boundary wall around St. John’s well, giving access to the old Pilgrim’s Road towards Ennis.

The painting of “the blind girl at the well”  by Frederick William Burton R.H.A. The Burton family had links with Buncraggy and have a burial plot in Clare Abbey. St John’s Well is alleged to have been the background for this famous painting.