You are here: HomenextTopicsnextGallerynextGillespie Collection

As a result of responding to a query from Scotland by Eric Shaw, Clarecastle welcomed two ladies from Edinburgh whose lifetime ambition was to walk in the path of their Mother through the village. They wanted to see the places that Margaret Crossland had visited and photographed in the 1920s when she came from England on holidays. They brought many of the old photographs with them and Eric showed them the places as they exist today.

Their Great-Grandfather, Joseph Gillespie, had come to Clarecastle in the 1880s as manager to O’Brien’s Sawmills in the Quay Road. Three of his children were born and baptised in Clarecastle. The family lived in a number of houses in the village, lastly at the house beside John Hanly’s that we know as the Curate’s House. Joseph founded a branch of the Land & Labour Association in the village. At his death in 1910, the branch the following resolution:

“That we, the members of the Clare Castle Branch of the Irish Land and Labour Association, beg to offer to Mrs. Gillespie and family our deepest sympathy on the great loss they have sustained by the death of a devoted husband and kind father.”

Joseph was buried at Clare Abbey. 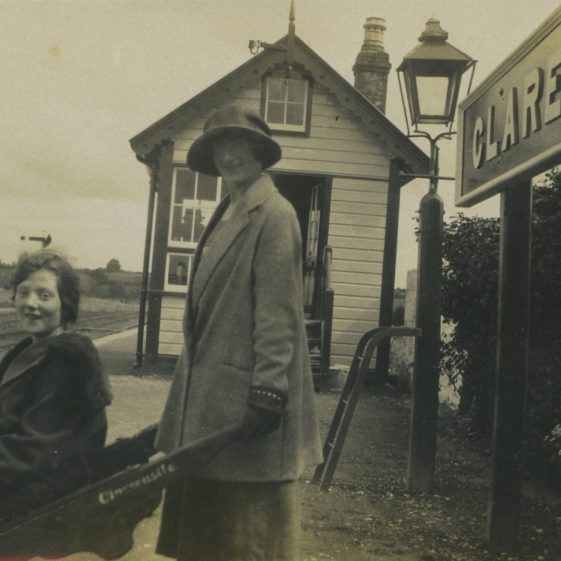 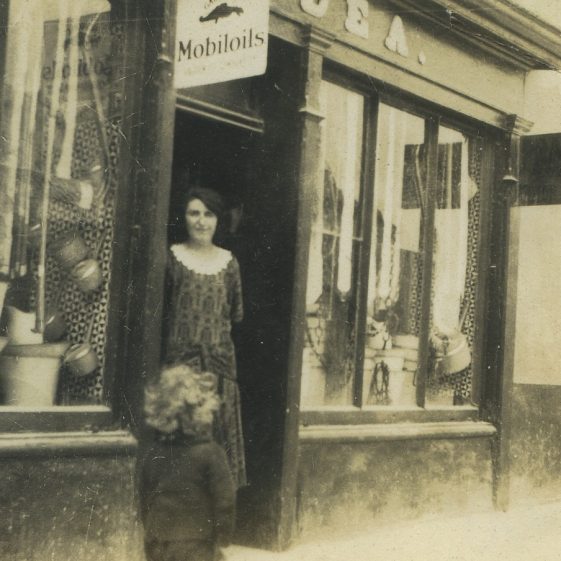 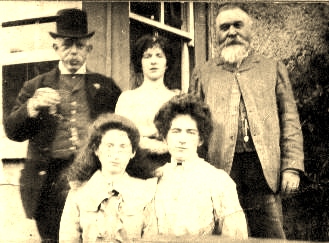 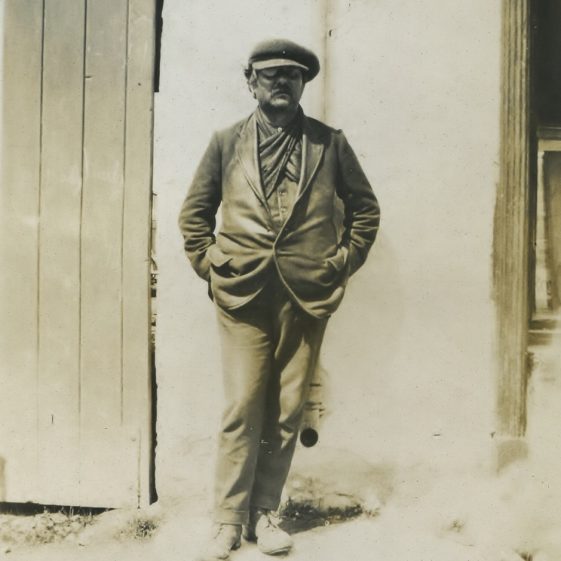 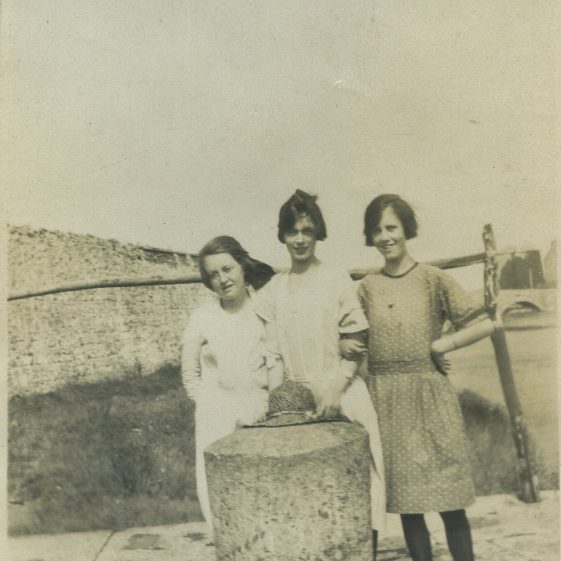 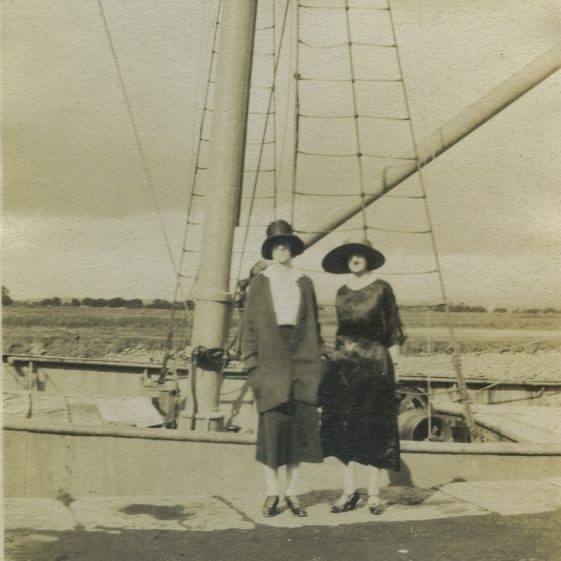 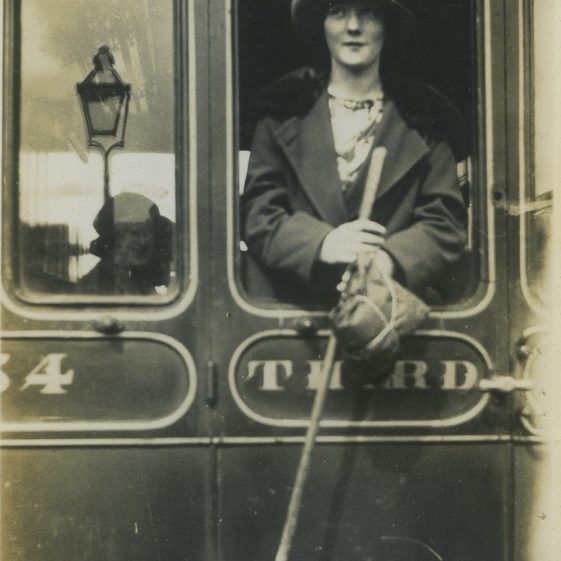 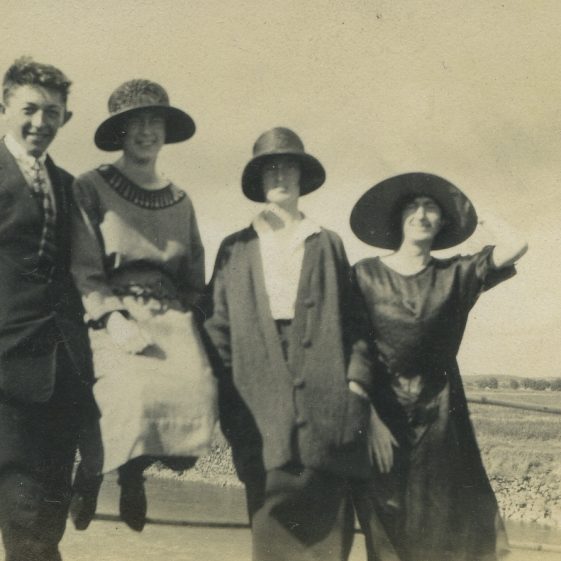 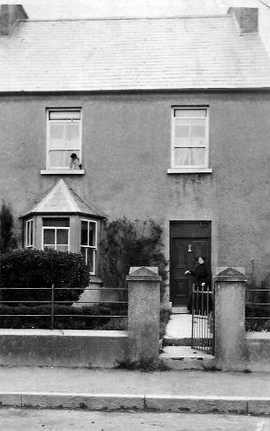 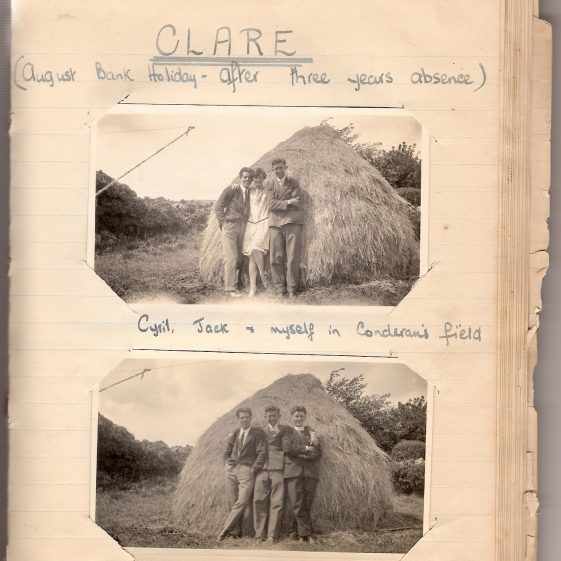 Page from Gillespie Photo Alum now in the possession of CH&B. H. G 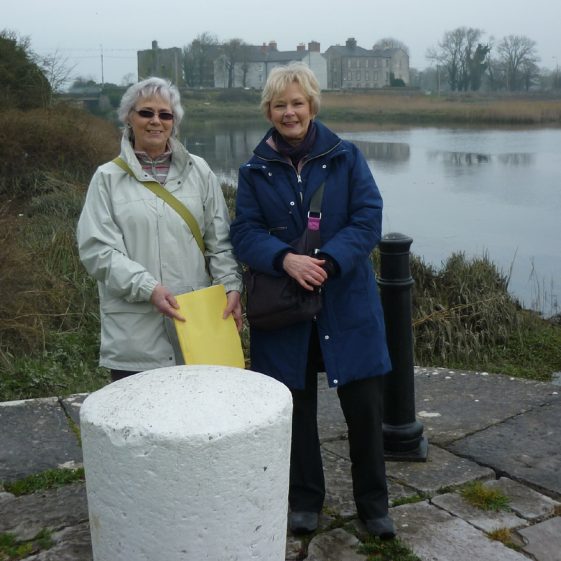