You are here: HomenextPeoplenextThe Great War 1914-1918 - Clarecastle and Ballyea 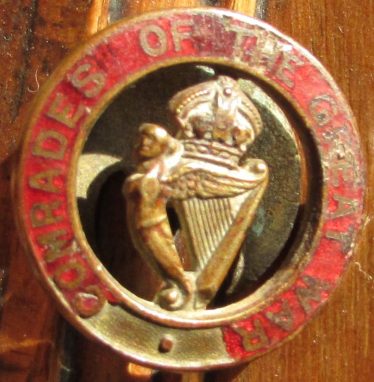 The Great War was the first major war of the twentieth century. It involved most of the countries of Europe and also America between the years 1914-1918. The major theatres of war were on what became known as the Western Front, stretching across northern France and Belgium; the Eastern Front in Russia and a Southern Front at Gallipoli in Turkey. War tactics largely involved trench warfare, with machine guns and cannon causing huge losses. There were also terrible losses at sea mainly due to submarines sinking merchant and navy ships. The conflict ended, after more than ten million deaths, with the unconditional surrender of Germany and Austria on Armistice Day 11 November 1918.

One of the worst battles of the war on the Western Front was the Battle of the Somme which claimed almost one million lives between 1 July and November 1916.  The names of three men from Clarecastle are recorded on the Memorial:

The vast majority of the volunteers joined the British army, in regiments such as the Royal Munster Fusiliers, with a smaller number of men, mainly from coastal towns such as Kilrush, joining the British navy.  The majority of those who enlisted seem to have come from the urban areas of the county, with about 800 from Ennis, 450 from Kilrush, and about 200 each from the smaller towns such as Ennistymon, Kilkee, Killaloe, Tulla, and Scariff. While men enlisted from every parish in the county, there was a notable absence of farmers’ sons from among the volunteers. One reason for this may have been that the farming economy boomed due to the war.    More than 150 men from the parish of Clare Abbey and Killone fought in the war, in the British, American, Canadian, Australian and even the French army. More than 20 of them were killed, with three of them being drowned by the sinking of the merchant ship SS Keeper. While By the end of the war about 600 men and several women from Clare had been killed due to the war, with perhaps about 2,000 men physically or psychologically wounded by the conflict. The vast majority lie in foreign fields. There were also many widows and orphans in Clare due to the Great War.

See the story of the men and women from Clarecastle & Ballyea who took part in the Great War as recorded by  Ger Browne and hosted on the Clare Library website on the link below: