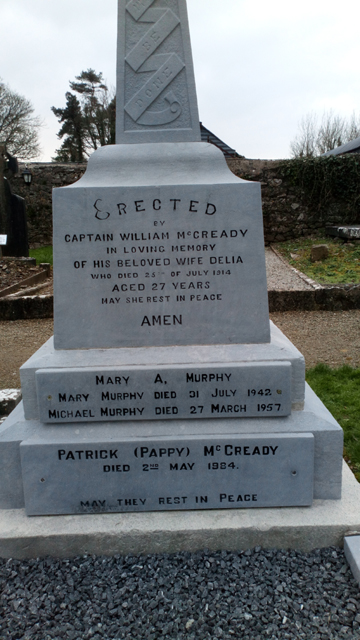 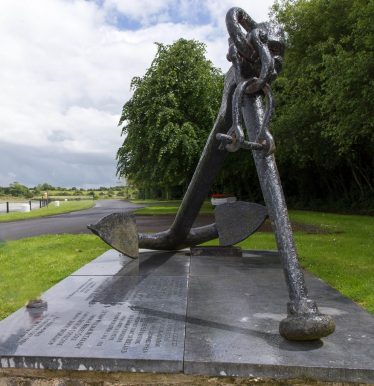 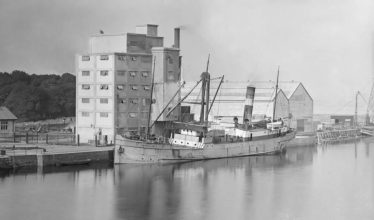 zoom
SS Kelpie moored at Westport Quay and taking on a cargo of grain from Pollexfens Mill.
Lawrence Collection - NLI

Clarecastle marked the 100th Anniversary of the sinking of the S.S. Keeper in June 1917

On Saturday 24 June 2017 during the annual Regatta, The Clarecastle & Ballyea Heritage & Wildlife Group will unveil a Memorial to the sinking of the S.S. Keeper which resulted in the loss of four men from Clarecastle and eight other crewmen during the Great War 1914-1918.

Eric Shaw of the Group recalls the history of this tragic event:

The S.S. Keeper was built by the Ailsa Shipping Company and launched on 4th October 1906 with the Yard Number of 157. She was then named S.S. Kelpie. She was owned by Mrs S. Kelly of Belfast and in 1916 she was sold to J.Bannatyne and Sons of Limerick and was re-named “S.S. Keeper.” She went missing on or after 10 June 1917 having sailed from Belfast the previous day with a cargo of grain for Bannatyne’s Mills in Limerick. German official history lists the “Keeper” as torpedoed by submarine UC 66. There is some doubt about it being by that U-Boat.  There were no survivors from the ship and no wreckage has been found.  Lloyds War Losses notes that the “Keeper” passed Arranmore on 10 June 1917, so the ship must have been sunk off the coast of Donegal.

The ship had a crew of twelve men including four men from Clarecastle. All were lost. Their names are recorded on the Tower Hill Memorial in London.

The S.S. Keeper Memorial comprises of an old ship’s anchor that was found south of the 1843 Quay in Clarecastle, mounted on a limestone plinth provided by OPW, with wording inscribed by John McTigue, monumental sculptor.  The Memorial project was sponsored by Clarecastle Heritage & Wildlife Group with financial assistance from Creative Ireland Clare Community Grant scheme. It is hoped that extended members of the Cole, McMahon and Considine families will be able to attend the unveiling ceremony. The Heritage Group are delighted that Kathleen O’Mahony, a granddaughter of Captain William McCready, will travel from England for the ceremony and will unveil the Memorial. Kathleen has been a frequent visitor to Clarecastle over the years to her late uncle, Pappy McCready, son of the Captain.

Captain W. McCready was born in Red Bay, Glenarm, Co. Antrim in 1881.He married a Clarecastle woman, Delia Murphy of Main Street on 26 April 1906. The couple had four children. Mrs Delia McCready died on 25 July 1914. and is buried in Kilnasoolagh.  With Captain McCready away at sea, the four children were reared by their grandmother, Mary Anne Murphy in her public-house in Main Street, Clarecastle. The death of the Captain in 1917 left the children as orphans.

COLE, Robert: Rank: Fireman. Regiment or service: Mercantile Marine. Unit: S.S. Keeper (Limerick). Date of death: 10 June 1917. Age at dead: 23. He was the son of Richard and Margaret Cole of Clarecastle and he had married Bridget (Delia) Tuohy of Mill Street, Ennis on 27 June 1915.

He was of an old Clarecastle family of fishermen and river pilots. He was aged 42 and was married in 1900. He was father to four children when he died on the Keeper. His wife, Margaret McNamara, was a sister to Captain McCready’s mother-in-law.

He was the son of Michael and Mary McMahon of Killoo and Buncraggy and was born in 1891, one of eight children.

Husband of Mrs. McCormack, of Peter’s St., Warrenpoint, Co. Down.

Victims of the Sea.

At the Ennis Quarter Session, before his Honour, Judge Bodkin, K.C., some cases were heard in which compensation was claimed for the loss of lives of men of the SS ‘Keeper,’ lost while on its way from Liverpool to Limerick in June last. The respondents in the several cases were the well-known firm of Mr Bannatyne and Sons, Limerick, who were represented by Mr J S Gaffney, C.S, Limerick.

Mrs Mary Anne McMahon, and her husband Michael claimed in respect of their son James. Mr G Cullinan (instructed by Mr J F Cullinan, C.S)  appeared in this and other cases.  The evidence of Mrs McMahon was that deceased was for twelve months on the ‘Keeper.’ He was the chief support, as her husband was employed at 8s 6d a day for dry days only. There were eight children. His Honor awarded £200, and £2 2s costs.

In a claim by Mrs Margaret Considine for the loss of her husband, £300 was lodged in Court, and his Honour remarked that nothing could be more fair, honourable, or generous than the way in which the applicants were met.

A claim by Michael Murphy on behalf of the family of his brother-in-law, Captain McCready, captain of the ‘Keeper,’ was adjourned to next Sessions.

Another claim was that by Mrs B Cole, widow of Robert Cole, seaman on the ‘Keeper,’ and in this case the money was also lodged in Court.

The War Graves Commission had the names of the twelve men from the crew of the S.S. Keeper engraved on the Tower Hill Memorial in London.

The S.S. Keeper was originally named the S.S. Kelpie. The ship was  was renamed “SS Keeper” after being bought by Bannatynes of Limerick in 1916.

Press Blue Button to find more of the story on the S.S. Keeper