We are most fortunate in having this Shipping Register preserved in a large, handwritten, bound book, thanks to John Power. The Register begins at Number 706, indicating that there was an earlier Shipping Register. The Clare Castle Harbour Trustees were formed on 29 June 1887. Perhaps the Register began from that time. If the earlier Register exists, we would greatly appreciate an opportunity to inspect it.

We have had the 1914-1969 Register transcribed. The transcription was kindly done by Joan Gilfoyle of the Parish Office in 2021. Our thanks to her and to the Pastoral Council.

It is fully searchable and digitally preserved. A preliminary examination of the Register shows the arrival of 475 ships in the years 1914 -1969. The main cargo was coal but also timber (white deal) arrived from Riga, Danzig, Sweden and Bergen. Echo of  the Dale Yard!  Waterpipes for a water scheme in Ennis, basic slag, fire-bricks, flour and bran. Clay drainage pipes from the Clarecastle factory were exported. In the good years, there were four or five ships arriving monthly. The effects of the Great War and the 2nd World War can be seen. These were war years when no ships arrived. No work for the locals in those years and no fuel other than local turf.

Research is ongoing to find photographs of the ships to help illustrate the Register.

For further information on Clarecastle Port : 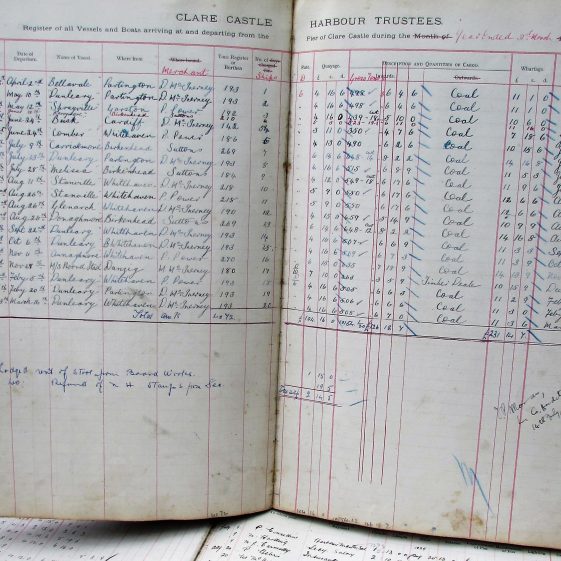 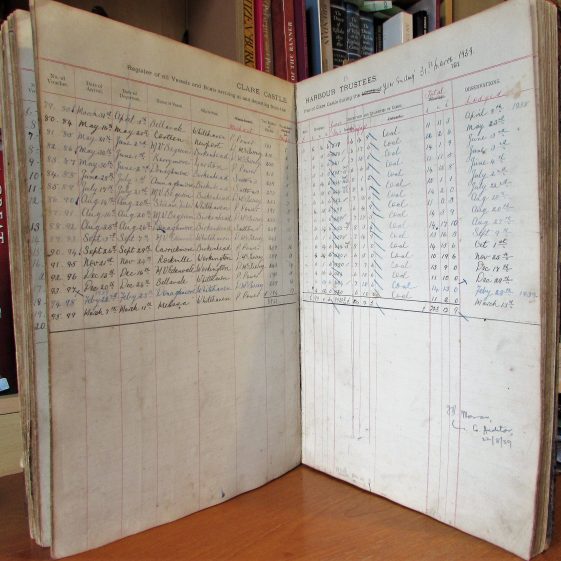 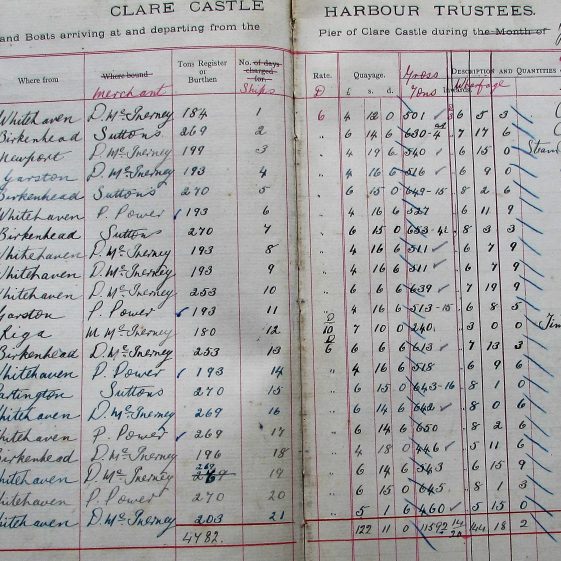 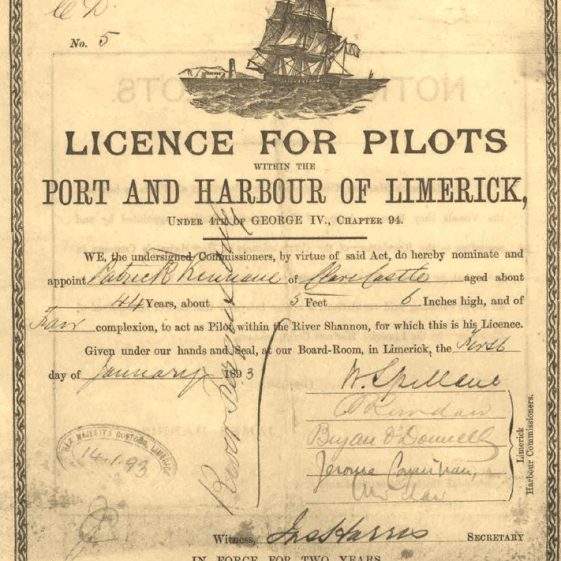 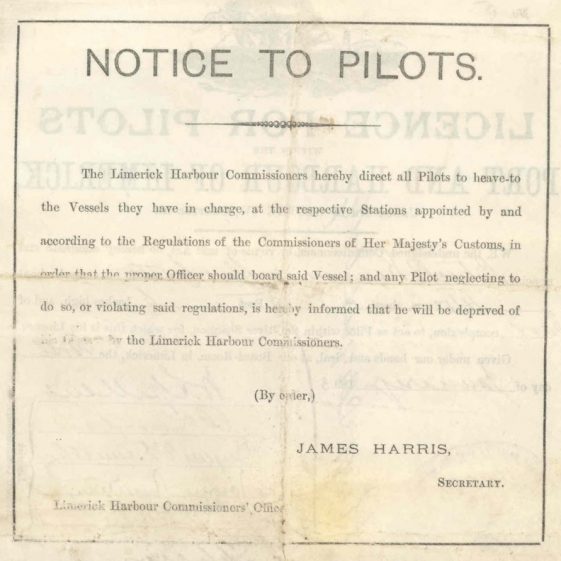 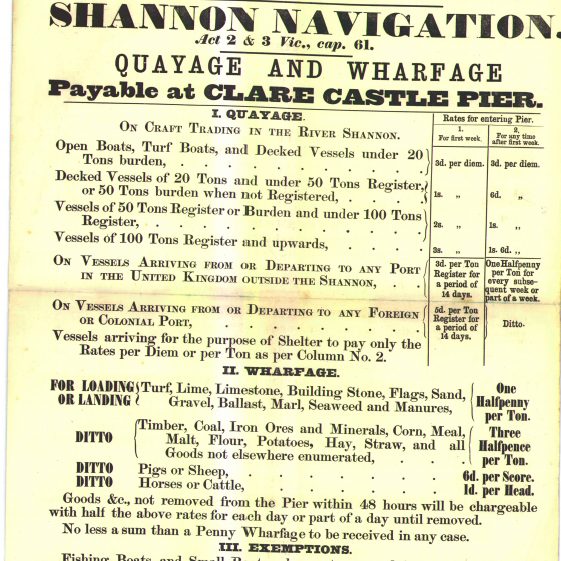 SS Kelpie moored at Westport Quay and taking on a cargo of grain from Pollexfens Mill.
Lawrence Collection - NLI 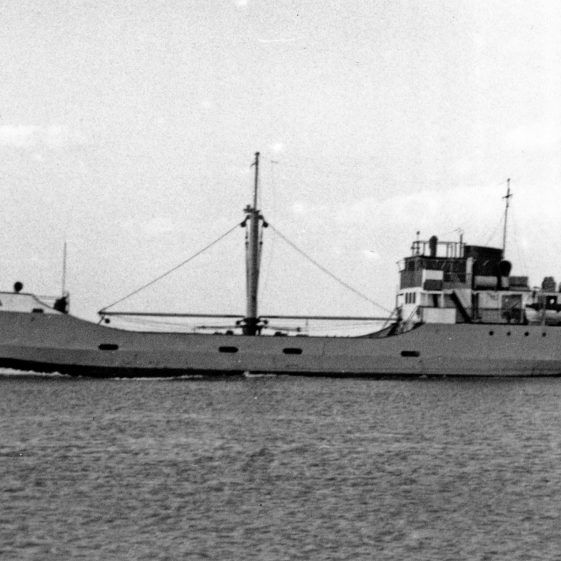 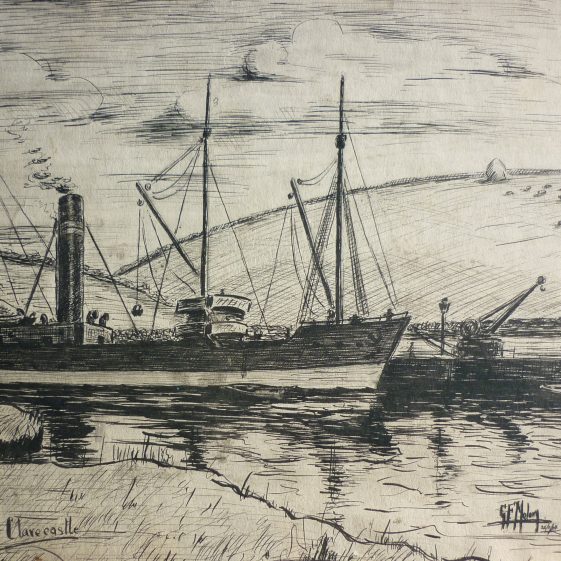 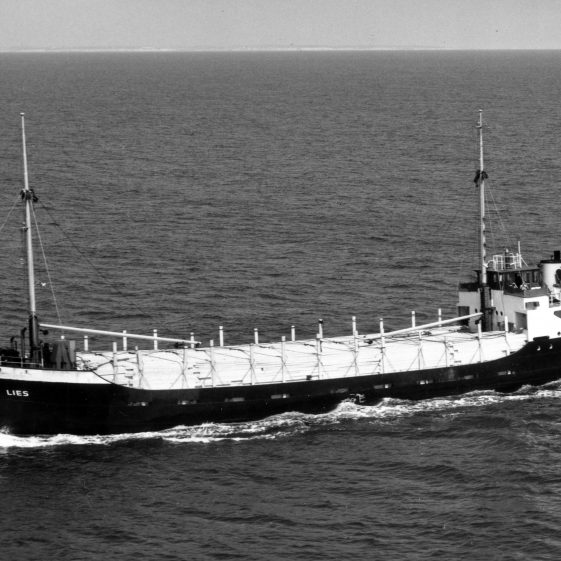