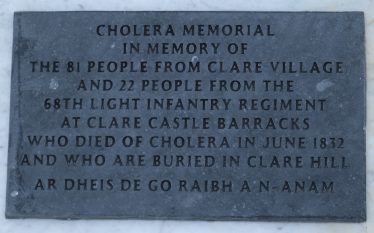 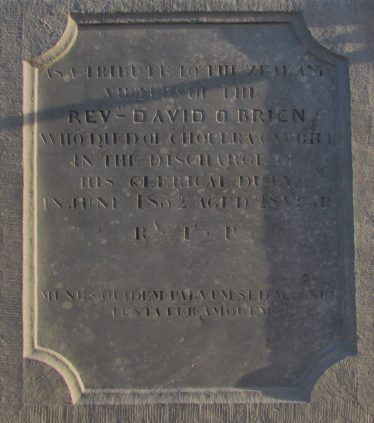 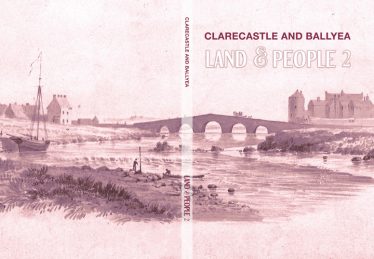 To mark the 150th anniversary of the erection of a memorial in Clare Hill cemetery in 1865 to Fr David O’Brien who had died in the Cholera outbreak of 1832, the memorial was cleaned up by the Parish and a plaque to the memory of the 81 villagers and 22 soldiers who had perished in the outbreak was placed in the cemetery after a blessing ceremony.

With the support from the 1916 Commemoration Committee of Clare County Council, the Clarecastle and Ballyea Heritage Group initiated and supported a pageant in Clarecastle National School, to compliment the school celebration of Proclamation Day, 15 March 2016. With tremendous support from the school Principal and teachers, the local theatre company, the Unlimited Dream Machine produced a memorable pageant commemorating local 1916 activity.

Musicians, dancers, orators, actors and backstage people all contributed hugely to this great performance. Art displays including scenes from1916, flags, posters, banners and project work were displayed throughout the school. A huge part of the celebrations involved children from all classes working on a new school Proclamation stating their wishes for Ireland in the future. It was an honour to have Kevin Mulcaire and Mr. John Hanly to raise the Tricolour at the end of the ceremonies.

We were honoured as part of the Pageant, to have Mr. Sylvester Barrett read from the Bureau of Military History Witness Statement (WS.1.324) of his uncle, Joseph Barrett, Brigade Operations Officer, Mid-Clare Brigade. He was joined at the school by members of his family. Their presence was greatly appreciated and added an important historic parish link to 1916. Mr. Hanly’s presence was another link to those days, through his late Mother, Mrs. Maura Hanly’s involvement in Cumann na mBan in Ballyea. The Parents Association provided wonderful refreshments to the gathering at the end of the Pageant and their support was also greatly appreciated.

Another highly successful bio-blitz on the flora and fauna of Ballybeg Woods was carried out, on 7 May 2016   and was timed to see and appreciate the Spring flowers at their best.  The Ballybeg bio-blitz was repeated two weeks later for the pupils of Clarecastle and Ballyea National Schools. Overall eighty schoolchildren took part in this very enjoyable activity.

The launch of a second volume of Land & People took place in early December 2016.

Clarecastle & Ballyea Heritage & Wildlife Group, working closely with Clarecastle Tidy Towns, benefited from funding received from Clare Co. Council’s ‘Public Area Enhancement Scheme’ in the delivery of the Famine Memorial Project and Heritage and Wildlife signage on Clarecastle Quay. We would also like to acknowledge financial assistance received from ‘Local Agenda 21 Environment Partnership’ scheme that allowed us to stage the Ballybeg Woods Trail & Biodiversity Blitz projects together with support from the 1916 Commemoration Committee of Clare County Council towards our 1916 Commemorative Pageant.