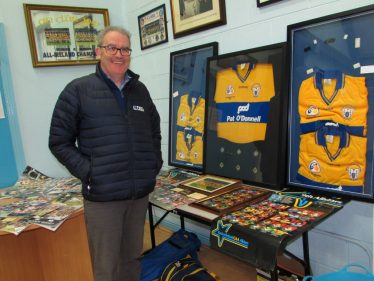 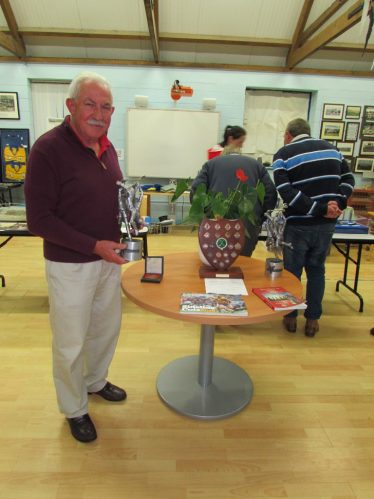 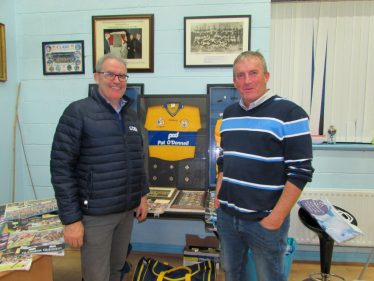 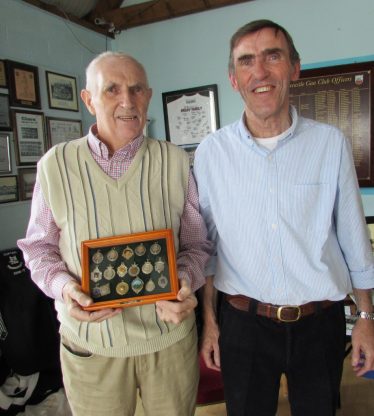 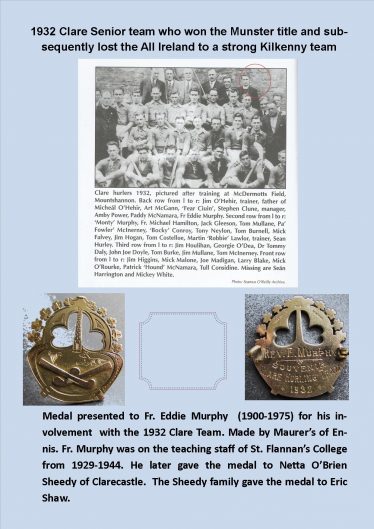 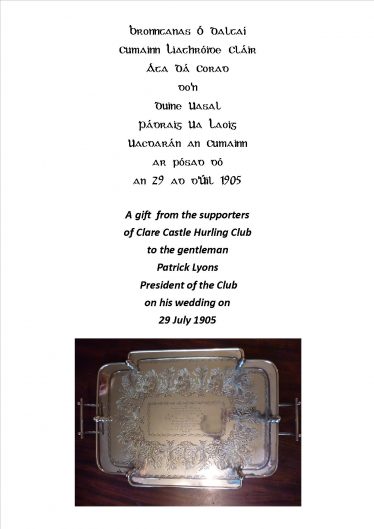 A display of medals, cups, jerseys, All-Star awards, All-Ireland medals, programmes, past publications was held in Clarecastle GAA Clubhouse on Thursday, 22 August and again on Sunday 25 August, during Heritage Week.

The theme was Past Times/Times Past and the display was spear-headed by Paul Murphy who did a wonderful job in gathering, collating and exhibiting a wide rang of artefacts. The oldest item on display was a fine silver tray that had been presented to Patrick Lyons, President of Clarecastle Hurling Club on the occasion of his marriage in 1905. There was also a medal linked to the 1932 Clare team that got to the All-Ireland Final of that year.

Some families brought a lifetime collection of medals including County Championship medals going back to the 1930s, Harty medals etc. The collections showed the impact that the GAA has had on our community over a long number of years with awards won by parents, grandparents and others  over the years.

The displays were attended on both occasions by a large and appreciative audience. Photographs were taken that will add to the history of the GAA in Clarecastle. The Club and in particular, Paul Murphy are to be thanked for the time and effort in arranging the event.

A special thanks too to all who were kind enough to allow their treasured medals and other awards to go on display. A group of young talented musicians, Liam and Oisín McNamara and Hugh McDonnell, gave great atmosphere to the gathering.

International Dawn Chorus Day is held on the first Sunday in May each year, which fell on Sunday 5 May in 2019. The event was promoted by Clarecastle Tidy Towns & Clarecastle & Ballyea Heritage & Wildlife Group under the new Biodiversity Plan.  This was the perfect opportunity for nature lovers to gather at dawn in one of the scenic spots in Clarecastle to listen to the sounds of birds as they sing to greet the rising sun.

The event was be led by Austin Cooney, a well-known member of the Clare Branch of Birdwatch Ireland.