You are here: HomenextTopicsnextGenealogynextO'Brien Collection 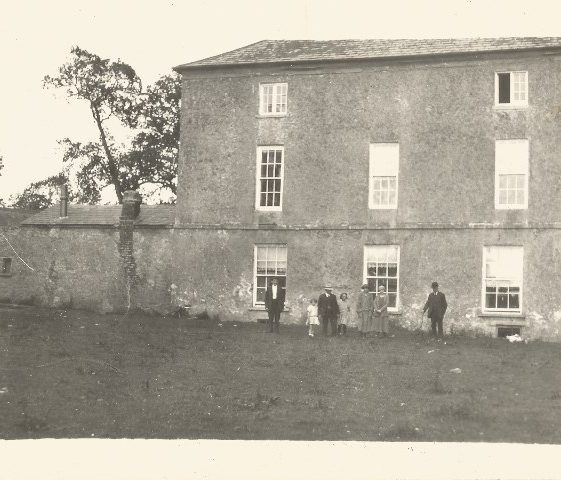 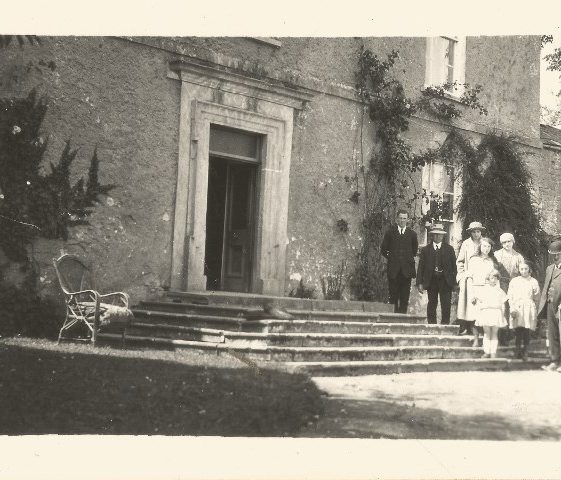 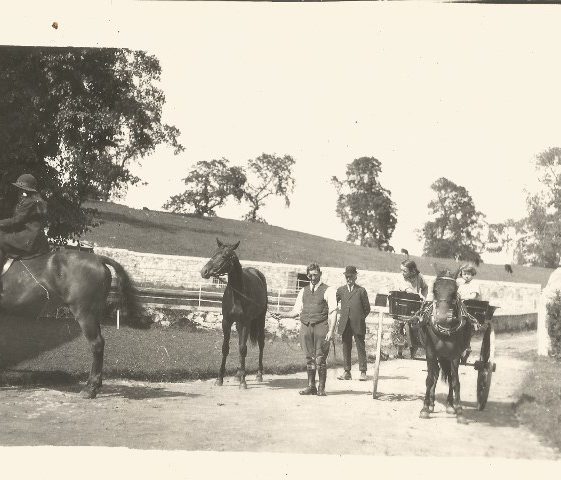 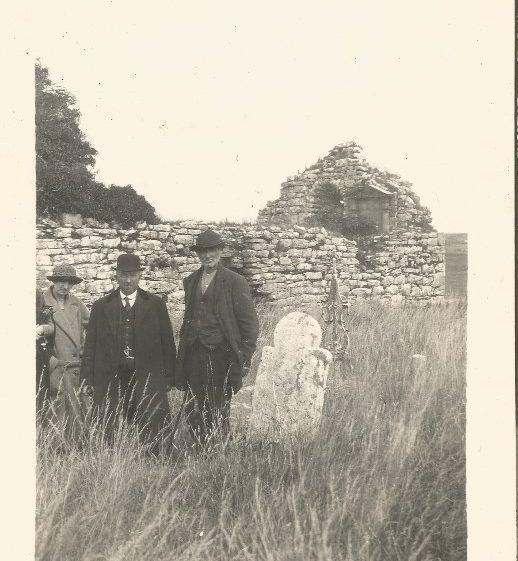 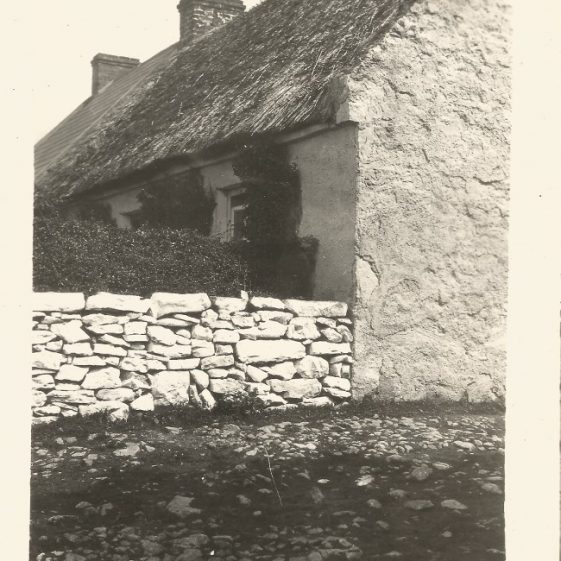 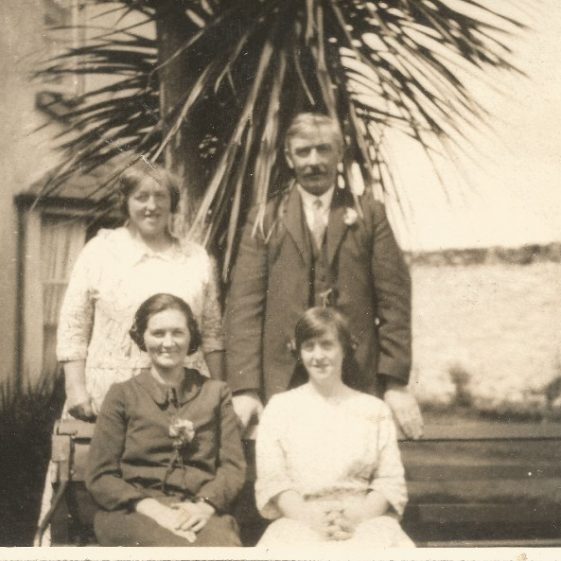 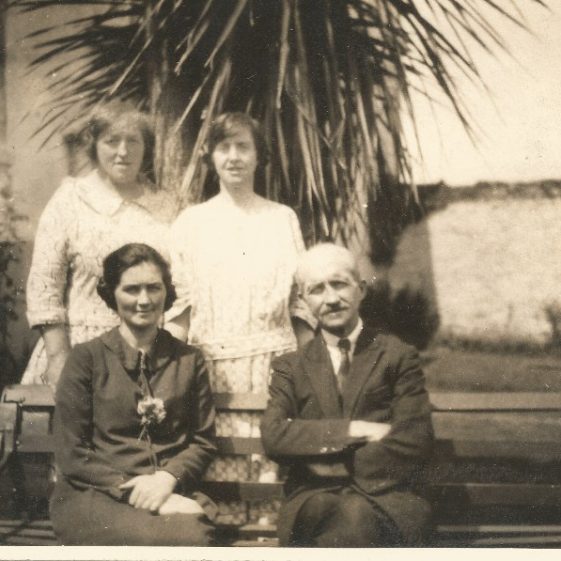 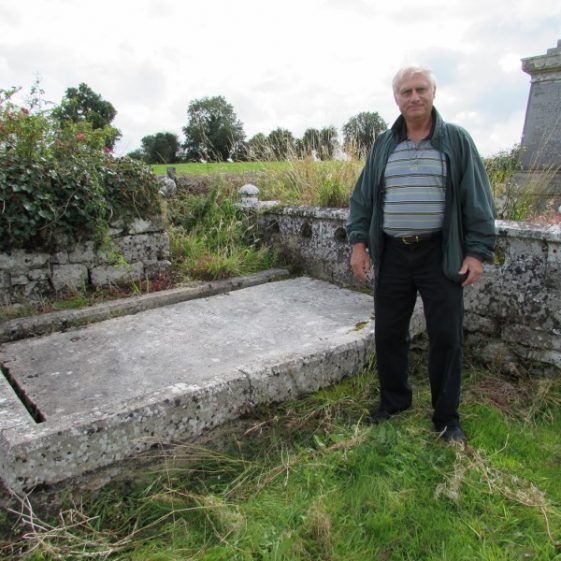 Bill Arnold at the grave of his great-grandmother in Killoo. - photo by Eric Shaw

From Killoo to the Sioux

An America, Bill Arnold, sought help from Clare Roots Society to learn more about his great-great—grandfather, Michael O’Brien, (1811-1890), who had left Killoo in 1864 with his family of seven children to travel to New York and then on to Minnesota. The family spent twenty years there before moving on to Sioux Falls, South Dakota. His query was passed to Eric Shaw, of Clare Roots who is also a member of Clarecastle Heritage.

Killoo is a townland formerly owned by Lord Inchiquin which meant that the place is well mapped and documented.  Eric was able to establish that the O’Brien house there still exists and is now owned by Yvonne and Gerry Casey. There is a little sketch of the house on an 1824 map. So it must be over 200 years old. In a later census, the house is described as a stone house, thatched, with four rooms and two windows to the front. It had stables, coach-house, cow house, two calf-houses and a fowl house.  In 1824, the tenant was Thomas O’Brien. Some years later, a son of Thomas, Michael O’Brien was the tenant and it is from them that Bill Arnold is descended. The family left Killoo in about 1864 for America. Michael O’Brien’s wife, Susan Doherty, a local Killoo woman, died in 1855 and Michael erected a finely decorated recumbent stone to her in Killoo graveyard, with the following inscription which can still be read:  IHS. This tomb is erected by Michael O’Brien of Killoe in memory of his beloved Wife Susan O’Brien alias Doherty who departed this life November the 28th 1855 aged 35 years. May she rest in peace. Amen. Michael O’Brien died in South Dakota in 1890.

These O’Briens may have been related to Patrick O’Brien who had a sawmills on the Quay Road and who lived in Bridge House, a house that no longer exists but that is remembered for the O’Brien and later the  Sheedy family. Patrick O’Brien owned many of the houses in Clarecastle and the family collected ground rents up to the 1970s. O’Brien imported timber from Canada in to Clarecastle Quay. The place where he stored the white deal timber is still known as the Dale Yard. He was related to the Lyons family in Barntick. This relationship has a bearing on the story later.

The O’Brien’s arrived in New York in 1864 at a time when the Civil War was still raging. According to the family history written by James Saunders, a great-grandson of Mary O’Brien Sanders in 1993, the O’Briens took the train from New York to La Cross, Wisconsin. They travelled from there by covered wagon to Goodhue County, about nine miles from Red Wing, Minnesota, across the Mississippi, where they spend the next twenty years. Mary O’Brien met James Saunders, a Civil War veteran and married him in 1868.

Michael O’Brien established himself in the real estate business in Sioux Falls and he was able to help the Sanders-O’Brien family build a house over basement at 709 North Summit Avenue where it still stands today.

In August 1923, granddaughters of Michael O’Brien, May Saunders, Sadie Sanders and grandson James T. Sanders came on a visit to Clarecastle from South Dakota, as part of a European trip. The Irish Civil War had just ended and it must have been an interesting time to visit Clare. The group visited the Church in Clarecastle and met the Parish Priest, Canon Peter Bourke.  The visitors took photos in Killoo graveyard, in Bridge House and at the Lyon’s home in Barntick House.

On 22 August 2019, Bill Arnold travelled from Virginia to Clarecastle, bridging a 96-year gap in his relatives visit in 1923 and a 155-year gap when his ancestors left Killoo in 1864. Eric Shaw and Frank Barry showed Bill around Clarecastle and he visited his great-great-grandmother’s grave in Killoo. The highlight of the visit for Bill was when Yvonne & Gerry Casey invited him to visit his ancestral home. For Bill, to stand in the kitchen of the house that his people had left all those years ago was very emotional.

Bill presented copies of the thirteen photographs taken in 1923 to Clarecastle Heritage. A sample below is of the Michael Lyons family at Barntick.

Comments about this page